Organization: The Conservation Fund
Reggie has been with The Conservation Fund since 2006. Since he completed his first conservation project while serving as an intern at the Conservancy of Southwest Florida in 2001, he has conserved hundreds of thousands of acres across the U.S and Canada so far in his career. Prior to joining the Fund, he served as the director of land protection at the Carolina Mountain Land Conservancy in Hendersonville, NC. Reggie is a frequent faculty member at local, regional and national conservation conferences. He serves on the executive committee of Virginia’s United Land Trusts and has received numerous awards for his work to protect America’s special places including a U.S. Fish & Wildlife Service Region 5 Division of Realty Service Award, a U.S. Department of the Interior Partners In Conservation Award and a National Trust For Historic Preservation Award For Federal Partnerships in Historic Preservation. Reggie grew up and was educated in New England attending Phillips Exeter Academy, Williams College and Vermont Law School where he received his juris doctorate and masters degrees. 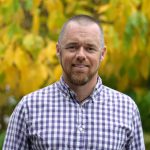